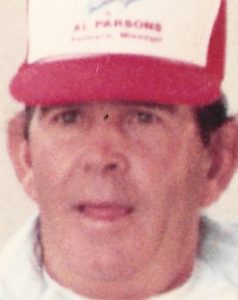 Survivors include his many nieces, nephews, extended family and friends.

Donnie was a farm boy through and through, working the family farm his entire life. He took pride in taking care of every aspect of the farm.

Besides spending time on the farm, Donnie was an avid sports fan. He enjoyed softball, baseball and the KC Chiefs. He loved coaching softball and did so for many years with the local girls’ team. He faithfully listened to the St. Louis Cardinals at every opportunity.

He was an enthusiastic bird and raccoon hunter and was always thrilled to hunt with his family and friends. Donnie loved to play pitch, pinochle and cribbage with all the local guys at the card room in Palmyra.

Donnie could often be found fishing and mushroom hunting at his special spots. He loved to be “in the know” and was always interested in what was going on in the community.

He spent many years taking care of his father, James W. Keller, and the two of them were inseparable. Donnie will be missed by his family and the many people who loved him.

Friends and family are invited to Donnie’s life celebration at a visitation that will be held from 9 a.m. until the time of service on Wednesday, March 9, at Lewis Brothers Funeral Chapel.