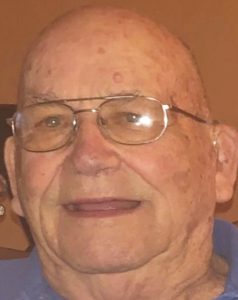 He was preceded in death by his parents; one sister, JoAnn Becker; and one stepson, Charles L. Kroger.

Don proudly served his country in the United States Air Force during the Korean War.

He was an avid outdoorsman and loved traveling. You could find him outside hunting deer and rabbits or sitting on the riverbank with a fishing pole.

Some of Don’s favorite places to travel were Arizona, New Orleans and Minnesota, and he always looked forward to his annual fishing trips to Canada.

When not enjoying the outdoors, you could find him watching a good John Wayne western movie or war documentaries. Don loved helping with events at the VFW, especially with the fish fries and soup suppers.

Don was a Baptist by faith and was a member of the Bethel Baptist Church.

Funeral services will be held at 2 p.m., Tuesday, March 22, at Lewis Brothers Funeral Home in Palmyra. Burial with full military rites by American Legion Post #174 Boots-Dickson will be at Greenwood Cemetery in Palmyra. Pastor Dwayne Lorenson will officiate.

Friends and family are invited to Don’s life celebration at a visitation that will be Tuesday, March 22, from 1 p.m. until the time of service at the funeral home.

Memorials may be made to VFW of Palmyra or St. Jude’s Children’s Hospital.