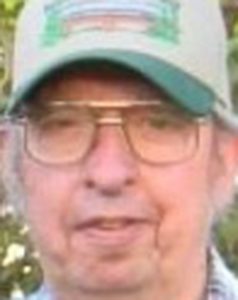 He was preceded in death by his parents; and two brothers, Richard and Kenneth Clow.

David was a proud veteran, serving his country in the United States Air Force as an electrical/electronics technician, working on the B47 bomber as an aircraft electrical specialist.  During his career he worked as a process control electrician for Huber Industrial Products, training electronic technicians.

David had many hobbies and outlets for fun but, trains captured his imagination and delight. He had bins and bins full of BNSF railroad trains, along with a special train room set up, that he enjoyed toying with his cats as they would jump around and play on the tracks as the trains were running. His phone even had a train whistle ring tone.

David also had a passion for painting, talented enough to paint whatever struck his fancy at the moment. He was an Allis Chalmers and John Deer tractor fan, having antique versions stored in his garage.

David and his family loved to go camping especially at Wyaconda state park spending time in his Winnebago mini. David cherished his time spent with his family and will be missed greatly by those who knew and loved him.

A funeral service will be held at 10:30 a.m., Thursday, March 24, at Lewis Brothers Funeral Chapel in Palmyra. Pastor Dewayne Lorenson will officiate. Burial with full military honors, performed by Boots-Dickson American Legion Post #174, will follow at Greenwood Cemetery in Palmyra.

Friends and family are invited to David’s life celebration at a visitation that will be held from 5 to 7 p.m., Wednesday, March 23, at Lewis Brothers Funeral Chapel in Palmyra.

A memorial in David’s name will be established. Please make checks payable to Alice Clow.