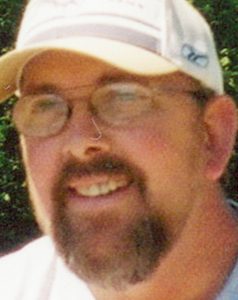 He was preceded in death by his parents and brother, Clifford Gottman.

John was a hardworking man who took great pride in his work as a welder for LN Bross, serving the company and community for 45 years.

John had many hobbies to keep him busy, and most often he could be found in the great outdoors, hiking on his favorite trails, camping, fishing, boating or playing horseshoes. He was an avid hunter, primarily focused on coon and deer hunting, although another form of “hunting” that meant a great deal to him, was searching for the next prized piece for his large collection of toy tractors, bobble heads, deer sheds, insulators, cream top bottles, marbles and tools.

Family and friends meant a great deal to John, and spending time with them playing ball or getting together for a fun game of cards meant the world to him.

John and his wife attended The Crossing Church in Hannibal.

A funeral service will be held at 10 a.m., Wednesday, March 30, 2022, at Lewis Brothers Funeral Chapel in Palmyra. Pastor Randy Drish will officiate. Burial will be at Greenwood Cemetery in Palmyra.

Family and friends are invited to John’s life celebration at a visitation to be held from 5 to 7 p.m., Tuesday, March 29, at Lewis Brothers Funeral Chapel in Palmyra.

Memorials may be made to the Crossing Church of Hannibal.