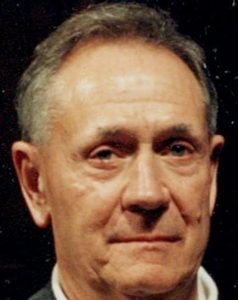 Bernie was preceded in death by his parents; brother, Bob Kuhn; sister, Geneva Norstrom; and a son, Michael Kuhn.

Bernie proudly served his country in the United States Army, stationed in Germany. He was very involved in International Union of Operating Engineers, Local 701, Portland, Ore.

Professionally, at the end of his career, Bernie worked as a heavy equipment crane operator in the Persian Gulf, the Indian Ocean, and the North Sea for 15 years.

When Bernie was younger, he enjoyed hunting in Oregon. While in Oregon, he raised cattle and ostriches. Bernie loved to wear his snake, ostrich and aardvark cowboy boots, but if he was not wearing his boots, he had his running shoes on.

In track and field, he medaled in the Senior Olympics, specializing in the 50, 100, 200, and 400 meters. He broke the record in 2015, for the 50 meter sprint for the 80-84 age group, in New Mexico, and enjoyed running the track at Monroe City High School. He was very proud of his pickup trucks.

In retirement, he enjoyed reading westerns and mystery novels, as well as watching the Green Bay Packers, the St. Louis Cardinals, and his great-grand children’s sporting events.

Among the happiest times, were the many events he and Laura attended as members of the Friends of Bill W.

Above everything else, Bernie loved spending time with his family and friends.

Bernie was a faithful Protestant.

On Thursday, from 5:30 to 7 p.m., at Clover Road Christian Church, friends and family are invited to Bernie’s celebration of life.

Arrangements for cremation are under the direction of the James O’Donnell Life Celebration Home in Monroe City.