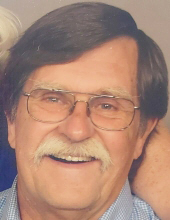 John was born Feb. 7, 1950, in Hannibal, Mo., to Morris Edward Kroeger and Evelyn Lorraine Chick Kroeger. He was married to Kathy Bridges on Nov. 17, 1973, at St. Mary’s Catholic Church in Hannibal. She survives.

He was preceded in death by his parents.

John served his country proudly in the United States Navy.  He was a Vietnam War veteran.

John retired from Northeast Power Cooperative in Palmyra, Mo., as the chief dispatcher after over 40 years of service.

Away from work John enjoyed staying at home and working in his garage where he meticulously restored classic cars from another era. Some of John’s favorite restorations include his 1978 red Nova SS Coupe and the 1965 Atlantic Blue Mustang Fastback that he restored with his son, Kevin.

Life’s simple pleasures were often cherished by John the most. He liked to spend time at home, working on his flowers and gardening or simply taking in a beautiful sunset from his back deck.

A talented woodworker, John often shared his work and carvings at local shows and events.  It was a well-known fact in the Kroeger family that John was the resident “Mr. Fix-It,” often able to solve most problems around the house and even building a home with his wife, Kathy.

Quincy Raceways, the Weather Channel and assisting with his son’s Boy Scouting over the years were a few of John’s favorites.

John was also a gifted cook and looked forward each year to sharing his talents with his family during his favorite holiday, Thanksgiving. John went to great pains to cook the perfect turkey and delighted in serving his homemade recipe for dressing each year.

Even with an array of interests and talents, it was John’s family who made him the proudest. He took pleasure in being a husband, dad, grandpa and brother to those he loved the most.

John’s funeral Mass can be watched via livestream on his tribute page at <https://my.gather.app/remember/john-william-kroeger>  Services can be viewed starting at 10 a.m., on Tuesday.

Friends and family are invited to John’s life celebration at a visitation that will be held Monday, April 18, from 5 to 7 p.m., at James O’Donnell Funeral Home in Hannibal. A Rosary Service will be held at 4:30 p.m., Monday at the funeral home.

Memorials may be made to Hannibal Free Clinic or SSM DePaul-Hospice Care.

Online condolences may be shared and video tributes may be viewed at www.jamesodonnellfuneralhome.com.