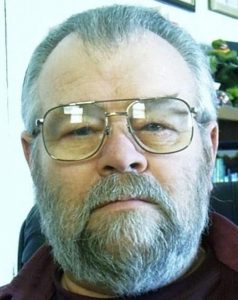 Larry was born Jan. 23, 1941, in Palmyra, to Willis Cornel and Evelyn Eloise Johnson Graves. He was married to Rebecca Nelson on Dec. 24, 1995, at the First Presbyterian Church of Palmyra.

Larry was preceded in death by his parents; one sister, Linda Jones; and one grandson, Mark Mullings.

You often hear people saying they lived life to the fullest, but it’s hard to believe anyone could live up to that motto more than Larry.

He served his country for 20 years in the United States Navy, retiring as a chief gunner’s mate master class, serving alongside Seal Team Six for many years in Virginia. In Vietnam he served on an ammo ship, the USS Mount Katmai.

His life was a true adventure from the beginning, traveling the world in his career with the navy, as a licensed glider pilot, flying ultra-lights and building, selling and flying powered parachutes. Later, his love of flying brought him into the video gaming realm, where he built many great friendships in his flight simulator, Battlefield 2 and Star Citizen games.

He was a student of life with a zest for not just learning about a subject, but quite often mastering that subject as well. Larry was a talented artist, painter and avid sailor, living on his sailboat on the Chesapeake Bay for 10 years.

He had the gift of hospitality, his door was always open and he cherished company, building many lasting and meaningful friendships with people wherever he went. Larry shared his love of music and playing the guitar through lessons and jam sessions.

His kids and grandkids meant the world to Larry, and he relished spending time with them. Larry had a Jack Russell terrier named Molly whom he loved. Above all, Larry loved Jesus and sharing his faith with others through music.

He was a member of Palmyra Presbyterian Church.

Friends and family are invited to Larry’s life celebration and visitation that will be held from 5 to 7 p.m., Monday, April 18, at Lewis Brothers Funeral Chapel.

Memorials may be made to Palmyra Presbyterian Church.