Charles Raymond (Chuck) Boots, 61, Columbia, Mo., and formerly Hannibal and Palmyra, Mo., passed away May 28, 2022, at the University Hospital in Columbia. 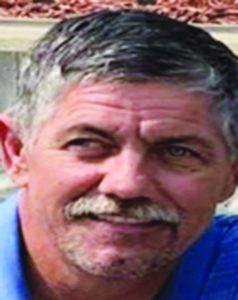 Chuck was born to Raymond Earl and Judith Jane Parks Johnston Boots of Palmyra, on Oct. 2, 1960.

He graduated from Palmyra High School in 1979 and then shortly enlisted into the army. After his time in the services, Chuck began his career as an automotive mechanic at Privitt Auto. After just a few years he became a co-owner and continued to work there for over 30 years.

Chuck was an active member of the Downtown Optimist Club in Columbia. There he volunteered his time helping Columbia’s youth. He was especially passionate about the annual Soapbox Derby. He helped lead and navigate every detail from the building of the cars to the setup of the track. He was always a huge advocate for all the kids who participated and continued with great enthusiasm for over 20 years.

There was never a dull moment around Chuck; whether it be his fun, witty personality, or his knack for sarcasm, he was never short of a good time with good people.

He enjoyed NASCAR, going to race, and visiting car shows. Chuck was always willing to lend a helping hand and could fix, build or create just about anything.

With heavy hearts and joyous memories, many will miss Chuck. Parker-Millard Funeral Home in Columbia, Mo took care of his final affairs. There will not be funeral services, however, there will be a celebration of life that will be announced at a later date to all family and friends.

Memorials may be made to the Columbia Downtown Optimist Club.