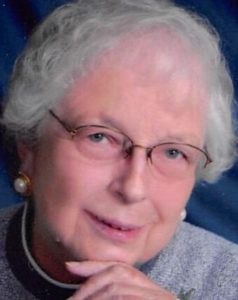 Eleanor graduated from Monroe City High School in the class of 1954.

Eleanor enjoyed camping with her husband, Robert, at Silver Dollar City in Branson and cooking.  She was also very talented in the kitchen and collected several cookbooks over her lifetime.

She always cherished the time spent with her family on special occasions.

Funeral services will be held at 10 a.m., Friday, June 24, at the Smith Funeral Home & Chapel. Pastor Douglas Mahsman will officiate. Burial will be in the Grand View Burial Park.

Visitation celebrating Eleanor’s life will be held from 9 a.m. until the time of the service Friday at the Smith Funeral Home & Chapel.

Memorials may be made to Arch United Methodist Church or Community Loving Care Hospice in care of Smith Funeral Home & Chapel.

Online condolences may be made to the family and video tribute viewed on Eleanor’s memorial page at www.smithfuneralhomeandchapel.com.