Becky was born July 7, 1949, in Hannibal, Mo., to William Amos and Helen Louise Schaeffer Norfolk. She was married to Marvin Tuley on Oct. 1, 1971 at Philadelphia Baptist Church in Philadelphia, Mo. 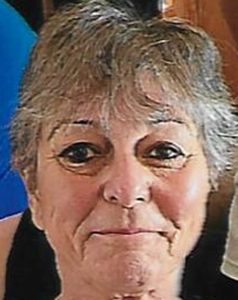 Becky was preceded in death by her parents, and in-laws, Edgar and Nadine Tuley.

After high school Becky earned her associate’s degree in accounting from Truman State University in Kirksville, Mo., which she would put to good use during her several years at Marion County Water Supply and 20 plus years as a Marion County circuit court clerk. During her school years, Becky was a drum major, on the pom squad, and a dance instructor.

As the famous poem, “God Made a Farmer’s Wife” says, “I need somebody with arms strong enough to keep up with the farmer yet gentle enough to cuddle a newborn baby. Somebody to run for parts, help in the fields, move trucks, deliver meals, look the farmer in the eyes and tell him ‘I love you and the life we’ve built’ – and mean it”. So God made a Farmer’s wife.

Becky was this wife, mother, grandmother and more. Her family meant the world to her, and she made them a priority in her life. She tried to attend each and every event her children and grandchildren entered.

Becky had a servant’s heart and loved to volunteer her time at the Palmyra Food Bank and Philadelphia Baptist Church, where she played the piano and organ for over 50 years. She enjoyed a good book and game shows when she had the time.

Funeral services will be held at 10 a.m., Tuesday, Aug. 9, at Philadelphia Baptist Church. Pastor Roger Stevens will officiate. Burial will follow at Greenwood Cemetery in Palmyra.

Friends and family are invited to a visitation to be held from 5 to 7 p.m., Monday, Aug. 8, at Lewis Brothers Funeral Chapel in Palmyra.

Memorials may be made to the Palmyra Food Pantry or Philadelphia Baptist Church.