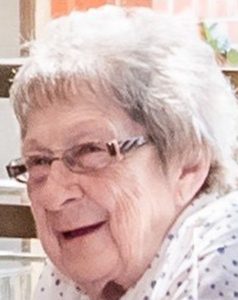 Professionally Lou loved her time at Walmart and Buckhorn, because of the people she worked with.

Lou loved the outdoors, mowing, gardening and hunting with her grandsons and great-grandsons. She would let them do all the work and then triumphantly pose with their deer. She enjoyed watching TV, and all that was going on in the neighborhood.

She was informed of everything that was happening. She loved to take care of people, and it has been said of her that she was generous of heart and effort. Most of all she loved and was proud of her family, especially her grandkids. She will be greatly missed.

A memorial service celebrating her life will be held from 6 to 8 p.m, Tuesday, Sept. 6, at Grand View Funeral Home.

Cremation arrangements are being handled by Grand View Funeral Home. A private family interment will be at a later date.

Memorials may be made to Flower City Park.

Online condolences may be made to the family on Lou’s memorial page at www.grandviewfuneral.com.