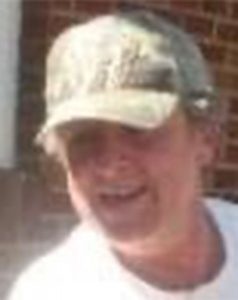 He was preceded in death by his parents, John and Mary Ellen; and three brothers, Carter Buckwalter, John Buckwalter, and Warren Buckwalter.

Barry graduated from Palmyra High school and went immediately into the Army. Professionally Barry worked for General Mills as an operator until retirement.

He was a member of the Palmyra VFW, and attended the Gospel Lighthouse church.

Barry was an avid outdoorsman. He loved to go hunting, fishing, hiking, searching for arrowheads or doing anything that took him into the great outdoors. He loved the St. Louis Cardinals, finding antiques, woodworking and watching Real America’s Voice to get the latest political insights.

Barry was a giving guy who would give anyone the shirt off his back, and he loved his grandchildren the most!

Funeral services will be held at 10 a.m., Wednesday, Nov. 30, at the United Pentecostal Church of Palmyra. Michael Miller and Robert Axton, will officiate. Burial will be in the Grand View Burial Park.

A visitation celebrating Barry’s life will be held from 5 until 8 p.m., Tuesday Nov. 29, at the United Pentecostal Church of Palmyra.

Memorials may be made to the Quincy VA Clinic in care of Grand View Funeral Home.

Online condolences may be made to the family and video tribute viewed on Barry’s memorial page at www.grandviewfuneral.com.