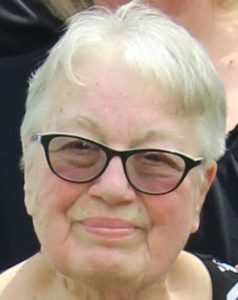 She was preceded in death by her parents; one son, Mike Todd, Hannibal; one sister, Bonnie Flynn, Hannibal; one uncle, John Epley, Kansas City; and one niece, Debbie Howell, Quincy.

JoAnne was a Christian by faith and faithfully attended First Assembly of God Church in Palmyra. She enjoyed the old hymns with the “Old Rugged Cross” being one of her favorites.

She worked as a waitress to support her children early in life. Later, she became a certified nurse’s aide, working at Shady Lawn Lodge in Hannibal, and then Maple Lawn Nursing Home in Palmyra, retiring after 32 years of service to the elderly of our area.

JoAnne was a very special lady and will be greatly missed by her family, and by everyone who knew her.

Family and friends are invited to a graveside service to be held at 1 p.m., on Tuesday Nov. 29, at Grand View Funeral Home and Burial Park in Hannibal. Pastor Mike Rickman will officiate.

Memorials can be made to First Assembly of God Church, Palmyra.