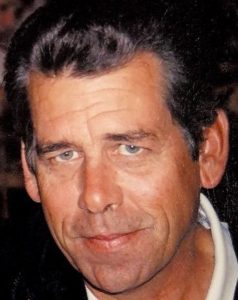 Greg was preceded in death by his parents, Glenn Cramer and Doris Gottman; his step-father, Henry Gottman; his brother, Larry Cramer; and Neola Cramer, his wife of 32 years.

Greg went to high dchool in Palmyra and later found his niche working for Burlington Northern Railroad. For the majority of his 37 year career with Burlington, Greg worked on the railroad maintenance crew, operating a resurfacing and tamping machine that raised and aligned the tracks.

He was very mechanically inclined and enjoyed hobbies that enabled him to use that skill.

Those of us who knew Greg are aware that he was not the most outspoken gregarious person in the room. He was the guy who maybe didn’t have a lot to say but when he did, you listened. He was a great friend,

Greg liked to play a round of golf or go fishing on occasion with his friends, but his passion in life was mechanics and building or rebuilding old cars, motorcycles or his old Ford truck that on occasion, you would see him out and about town. He also enjoyed riding dirt bikes and Harleys with his friends.

Greg was fond of the old rock ‘n’ roll or old country rock, such as Marshall Tucker or Lynnard Skynard.

He was a wonderful son, brother, devoted husband and great friend who will be dearly missed by those in his life.

A graveside service will be held at 11 a.m., on Friday, Dec. 9, at Greenwood Cemetery in Palmyra. Pastor Chris Combs will officiate.

Memorials may be made to the National Multiple Sclerosis Society.

Funeral services are under the direction of Lewis Brothers Funeral Chapel in Palmyra.