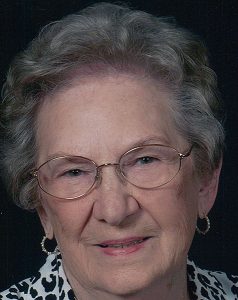 It is impossible to sum up the life of someone who lived to be 100 years old in just a few sentences but those who knew Lila could recount many fun stories full of laughter and tears.

During World War II, she worked for Bowman Shoe in Quincy, Dekalb and Woodstock, Ill. Lila also worked for several years at the Palmyra Spectator as a proofreader.

Later she would find her dream job working as a bank teller for Palmyra State Bank for 37 years until her retirement in 2006. During her career in banking, she built many friendships along the way.

She was a woman who “never knew a stranger” and could befriend anyone. She had a green thumb and enjoyed working with her flowers, playing bingo and ding the occasional scratch off ticket to see if the big win came along. She relished every moment spent with her family and friends.

A  funeral service will be held at 11 a.m., Tuesday, Dec. 27, at Lewis Brothers Funeral Chapel, Palmyra, Mo. Rev. Wes Gehrke will officiate. Burial will be at Greenwood Cemetery in Palmyra.

Friends and family are invited to Lila’s life celebration at a visitation from 9:30 a.m. until the time of service on Tuesday, Dec. 27, at Lewis Brothers Funeral Chapel in Palmyra.

Memorials may be made to Zion Lutheran Church.