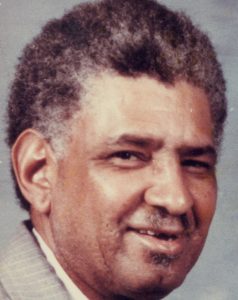 Floyd was born March 21, 1930, to Frank Mallory and Rosetta Mae Doolin Mallory in New Market, Mo. He was married to Ellen Luveen Powell on Sept. 21, 1947, in Palmyra. She survives.

Floyd was preceded in death by his parents; four brothers; two sisters, and oldest child, a daughter, Sharon Kay Williams.

One of Bones earliest jobs was delivering ice for the family business the Pure Ice Company, which was located at 421 Water Street in Palmyra.  He then took employment as a foundry molder for over 40 years for Gardner Denver in LaGrange, Mo. He also worked many years for Dr. J.P. Heitman.

He attended the Lincoln School in Palmyra, and graduated from Douglas High School in Hannibal. While in high school, he ran track for the school team and received various awards for his speed on the track. He also drove the bus to the track meets.

Bones, along with his wife, Ellen, and their daughter, Connie, enjoyed camping at their spot at Bay View Campground and could be found there every weekend. He was a huge Chicago Cubs fan!

Bones was a founding member and past president of the Palmyra Community Club.

He fondly remembered his visit to see his only living sibling in Silver Springs, Md. in 2011 and their trip to see the Martin Luther King Jr. Memorial. You could often find him on his riding mower taking meticulous care of his yard of which he took great pride. And after he retired from Gardner, he could be seen on his mower all around town attending to other’s lawns.

He had two favorite sayings: that “He was going to put his foot down” and “Mallorys don’t lie”. And as he would say either of these, he would be laughing. Both of these would somehow find their way into any of his conversations.

Funeral wervices will be at 11:30 a.m., Saturday, Aug. 8, at Park Chapel Baptist Church.  Rev. Jeffrey Green will officiate. Burial will be at Greenwood Cemetery in Palmyra.

Visitation will be from 5-7 p.m., Friday, Aug. 7, at Lewis Brothers Funeral Chapel in Palmyra.

Memorials may be made to the family.