John “Jay” Lewis Lehenbauer, 70, Raymore, Mo., passed away peacefully in his home on Sunday, Oct. 25, 2020, surrounded by his loving family. 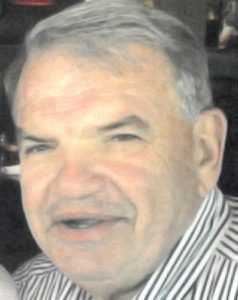 He grew up with two brothers and three sisters. After graduating high school Jay went on to further his education. He saw the soon-to-be love of his life, Bonita (Watters) Lehenbauer, at the Palmyra Sesquicentennial in 1969, and on Oct. 24, 1970, they were married.

Jay was an entrepreneur by nature and was always looking for a “For Sale” sign. He owned several businesses including a dry cleaners, restaurants, catering and vending, an insurance agency and a preschool. For the past 15 years Jay was a business broker and claimed that it was the most rewarding work he had done.

Jay and Bonita were blessed with four children, Amy, Angela, Tony and Lacey. He loved his family more than life. His favorite thing to do was to spend time together with his kids and grandkids. He never missed a birthday, a holiday, a Sunday lunch, or any opportunity to see his family. He was their biggest cheerleader. He and Bonita just celebrated their 50th wedding anniversary.

Jay also loved fishing and would take big trips to Canada with his friends where he could spend time in nature, make up his own recipes as he cooked for his buddies and loved being in the quiet outdoors. His favorite part was his special rock where he could sit and fish on Lake Agnes.

Jay enjoyed woodworking and making special projects with and for his family. He invested so much time and love making things for his kids and grandkids. “Anybody got a shim?”

Another big love of Jay’s was his passion for cooking and barbecuing. Jay served others through his gift of hospitality. He spent countless hours cooking for those he loved, always making enough to feed an army whether he was cooking for four or 40. He cooked for every church event, ministry event and family function. (Thanks for teaching us how to make egg sandwiches for Mom for Mother’s Day, Dad!)

Jay’s first love was the Lord. He was a quiet man, but he spoke volumes through his character, his integrity and the way he honored others. He served in every church he was involved in, and he did it with excellence.

Jay was preceded in death by his parents, A.H. and Mary Jean Lehenbauer.

Oobie oobie, Dad! We can’t wait to see you again!

Memorials may be given to Our Father’s Farm at www.harvesthome.org.