Jackie was born on March 29, 1956, in Hannibal, the daughter of Ray and Shirley (Cooper) Hayes. She was previously married to Donald Cosgrove, and he survives her. 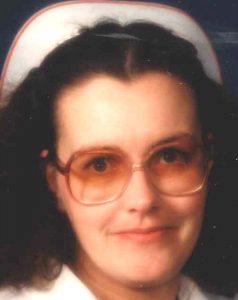 In addition to her parents, Mrs. Cosgrove was preceded in death by her grandparents, Velma Martin, Ray and Mary Hayes; and aunt, Bettie Murphy.

Jackie graduated from Palmyra High School in 1975.  Later in life she furthered her education as an LPN and graduated from Hannibal-LaGrange University on Sept. 7, 1990.

Jackie worked at the Monroe City Manor until she retired.  She was an excellent caregiver who loved her job and her residents.

Away from work, Jackie was an avid reader, and she especially enjoyed reading murder mysteries and also watching movies. Jackie also loved animals and cherished the time spent with her family and friends.

A memorial service will be held at 10 a.m., Wednesday, Nov. 18, 2020, at the Grand View Funeral Home. Pastor Mark Burkey will officiate.  Burial will be in the Grand View Burial Park.

Visitation celebrating Jackie’s life will be held at 9 a.m. until the time of the service Wednesday at the Grand View Funeral Home.

Masks are required, and social distancing is encouraged.

Memorials may be made to the NEMO Humane Society, in care of the Grand View Funeral Home.