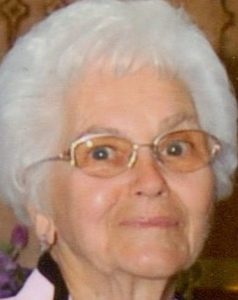 Winona was born June 12, 1937, in Palmyra, to Raymond and Mertie Cross Chamberlain. She was married to William C. Bogener on June 6, 1955, and last summer, they

celebrated their 65th wedding anniversary. He preceded her in death on Dec. 16, 2020.

Winona was preceded in death by her parents; husband; and one brother, Raymond Chamberlain Jr.

Winona worked as a cook at the Palmyra High School for over 20 years. She was a wonderful wife, mother and grandmother.

She enjoyed sewing, quilting and gardening. A sports enthusiast she loved college basketball. She will be missed by all who knew her.

A funeral service will be held at 10 a.m., Wednesday, Jan. 27, at Lewis Brothers Funeral Chapel in Palmyra. Rev. Eric Anderson will officiate. Burial will be at Greenwood Cemetery in Palmyra.

The funeral service will be live streamed through Lewis Brothers Funeral Chapel. Follow the link on their obituary page. The live stream will start shortly before the service begins.

Friends and family are invited to Winona’s life celebration at a visitation that will be from 9 to 10 a.m., at Lewis Brothers Funeral Chapel in Palmyra.

Memorials may be made to the Palmyra Food Pantry.