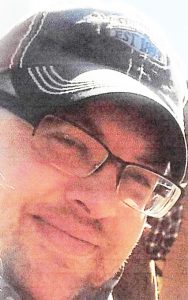 Eric was preceded in death by his grandparents, Leslie B. and Freda M. Brown and Shirley Miller.

Eric attended Palmyra School District until his senior year.  He graduated as valedictorian of the 2000 class from Camanche High School in Camanche, Iowa.

Eric worked as a physician’s assistant for Clarity Behavior Health & Mental Service. His   co-workers,  nurses and staff noteded. “He touched so many lives and left us with great memories at Clarity. He kept us on our toes and taught us so much.”

Eric loved his family, work and the Lord. He was known for going over the top decorating and planning for holidays and his children’s birthdays.  His children were everything to him.

He enjoyed playing games with them. Playing trivia, watching all types of sporting events and going to the theatre and on trips to Silver Dollar City, Worlds of Fun and Six Flags to ride the roller coasters were always very memorable times spent with his children.  He loved surprising his kids with adventures which ranged from exploring the Badlands to a surprise Amtrak ride to Chicago where they watched Hamilton.

Eric was the epitome of a good dad; always putting his kids first and showing them the beauty in every situation.  Eric’s laugh and smile were contagious. He had a heart of gold and wonderful sense of humor. The stories he told would always entertain those around him. Everyone felt valued after talking with Eric.

Eric was a registered organ donor, and because of this, his life will continue to live on through four recipients.

Eric was a Christian and was a member of Providence Baptist Church.

Memorials may be made to Eric’s Children Education Fund, in care of  Smith Funeral Home & Chapel.

Online condolences may be made to the family and video tribute viewed on Eric’s memorial page at www.smithfuneralhomeandchapel.com