He was born on May 3, 1936, to Cecil and Cora Smith of Clapper, Mo. After a sudden stroke, he passed away peacefully at home surrounded by family. 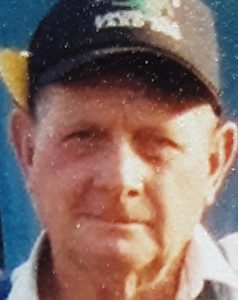 John graduated from Monroe City High School in 1954. John and Barbara Smith were married by Reverend Ellis Turner at Andrew Chapel Church on June 17, 1956. They were married 65 years and had five children.

A carpenter and farmer for over 60 years, John was an Old Thresher master sorghum maker for over 30 years and enjoyed showing his favorite tractors and recycling old treasures to the community.

He loved his kids and grandkids, gardening, trains, tractors and anything John Wayne. A favorite memory was him touching his toes in the Atlantic Ocean and the Gulf of Mexico while visiting his children.

Memorials may be sent to Northeast Old Threshers of Shelbina, Community Loving Care Hospice or United Methodist Church of Monroe City instead of flowers.

Funeral arrangements are under the direction of Garner Funeral Home and Chapel, Monroe City, Mo.