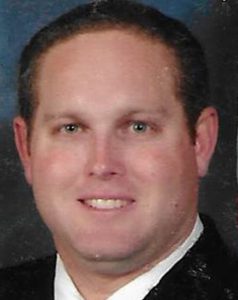 Other survivors include his parents; his four children, Walter, Joe, Emmelyn, and Oliver Poor; and one sister Joya Meeker (Mike).

Wade was preceded in death by his grandparents and aun,t Eileen Godfrey.

Professionally Wade was a Merchant Marine, working as the captain of the Dodge Island Hopper and Dredger.Wade had been in the industry for 15 years, working for Great Lakes Dredge and Dock Company. As the captain, keeping his coworkers safe was his top priority.

Hailing from Hawaii, Wade loved to do anything on the water. Paddling was a favorite past time, but he felt that any time he spent on the water was the best day.

He was a strong and gentle man who was smart, intuitive and kind. Wade and his wife, Tara, were best friends who had the kind of relationship we all strive for, one where they couldn’t wait to share the news of the day with each other.

Wade would do anything for his children. He cherished his time with them, teaching them his skills in carpentry and woodworking and often sharing his tools with them.  He couldn’t wait to watch his daughter dance and was looking forward to seeing her in the parade this weekend.

His favorite music was Bob Marley and Ziggy.

There will be no services at this time as Wade’s wish was to have his family paddle out a mile and scatter his ashes at sea in Hanalei, Hawaii.

Memorial contributions may be made to the Children’s Education Fund, checks payable to Tara Poor.