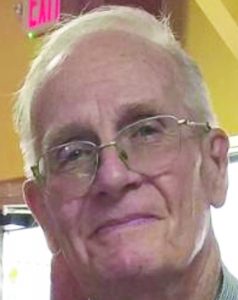 Roger was preceded in death by his parents and one brother, Gary Straus.

He began his career as a union construction laborer, and later finished his career as a rural mail carrier, but his heart was in working the family farm. He also worked hard remodeling and flipping houses and taking care of his rental properties. Roger was adept at carpentry and maintenance of all kinds.

He was an Allis Chalmers tractor guy and loved to tinker with his tractors whenever he found the time.

Sharon and Roger loved to travel, taking trips to Alaska three times, enjoying the mountains and wildlife along the way. They were especially fond of the beauty and scenery of British Columbia.

Roger never missed his family’s sporting events, always in the crowd supporting them in every way. He was the family jokester and most often had a nickname for everyone.

As a man who relished the outdoors in every way, he could often be found camping with his family, fishing in his favorite spots and spending time in his garden. Roger was a beloved husband, father, and grandfather who will be missed by all who knew him.

A funeral service will be held Monday, March 14, at 12 p.m., at the Emerson Baptist Church in Emerson, Mo. Pastor Jeff Voepel and guest speaker Pastor Dewayne Larenson will officiate. Burial will be at Philadelphia Cemetery in Philadelphia.

A visitation will be held from 10 until the time of service on March 14, at the church.

Memorials may be made to Val’s Pals, Emerson Baptist Church or the Marion County Athletic Department.