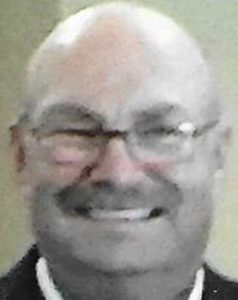 David was born May 16, 1957, in Kirksville, Mo., to Donald Keith and Mary Georgene Callahan Spicknall.

He was preceded in death by his parents; brothers, Robert Spicknall and Donald Spicknall in infancy; sister, Barbara Spicknall Hubble; and brother-in-law, Paul Hubble.

David was a 1975 graduate of Highland High School. In his career, he worked for many years as an over-the-road truck driver for Leeser Trucking in Palmyra. He was very proud of his accident-free safety record with the company.

David was a devoted fan of any sport his grandson, Tyler, played and his nightly playtime with his grandson, Brayton.  He was an original season ticket holder for the St. Louis Rams before converting to the Kansas City Chiefs.

David also loved spending time outdoors, mowing the grass, or being on his tractor, taking great pride in maintaining his property and keeping it in pristine condition year-round.

He was a wonderful, and caring man devoted to his family, spending time with them and taking care of their needs. Family first was a motto he lived by, and relished time spent with them whenever possible. David had a special bond with his great-nephew, Jarrett, and his canine companion, Daisy.

A visitation will be held from 5 to 7 p.m., Monday, March 28, at Lewis Brothers Funeral Chapel in Palmyra.

Memorials may be made to payable to Travis Spicknall for his grandchildren’s education fund.