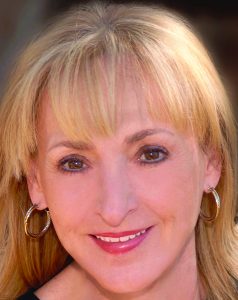 She is survived by her beloved stepdaughter, Jill Spoonmore (Craig), and by countless friends who loved her indomitable spirit. She was an unusual combination of caring generosity and tenacious fortitude.

Gail died peacefully in her home from complications of Alzheimer’s disease. Her loving partner, Fred, preceded her in death by only 42 days, and many believe that her broken heart was a contributing factor to her early-in-life passing. Gail’s parents also preceded her in death.

Gail attended Palmyra High School where she learned to play saxophone in the marching band. She also attended the University of Mexico in Mexico City, contributing to a worldliness that would continue throughout her lifetime. Her musicianship led her to becoming a sax teacher at a local music store in Quincy, Ill. It was there at the age of 19 that she met the love of her life, Fred Tieken.

They were married on May 14, 1971. Together, they formed a partnership of complementary abilities that served them well, moving to Chicago in the mid-70s where they built a music publishing and talent management business together. Fred and Gail groomed and managed several bands that were staples of the Chicago music scene in the late 70s and early 80s. Gail acted as both business manager and photographer, expressing her talents in negotiations and visual artistry. They also opened a graphic arts business with Fred as artist-in-residence and Gail managing client development and business operations.

In 1986, they moved to Phoenix and focused their attention on graphic arts. Tieken Design was a thriving, award-winning business that produced three newsstand publications and designed advertising for dozens of local and global organizations, due in no small part to Gail’s abilities at marketing and promotion.

They sold the business in 2002 and began their semi-retirement with each of them enjoying their own Porsches.

The Tiekens also moved to Paradise Valley into a home they remodeled with their decidedly contemporary tastes. Gail’s design instincts were on display in every aspect of their beautiful home.

In 2010, doctors told Fred that his chronic kidney condition was progressing, and Gail rigorously began investigating options for a transplant. In her unceasingly generous spirit, she asked doctors to test her as a potential donor; she was a match, and the operation occurred at the Mayo Clinic in January 2011.

The transplant served as a catalyst for Fred to begin painting, and for Gail to turn her attention to navigating the world of fine arts. In their final decade together, they showed Fred’s art in over 100 shows and galleries across the U.S., including the Tiekens’ own galleries in the yard of their Paradise Valley home and in the Chinatown district of central Los Angeles. Fred and Gail were beloved fixtures on the Phoenix and L.A. art scenes, winning friends and followers, and inspiring thousands of artists and art lovers.

In lieu of traditional services, the family will host a celebration of life at a future date, to be determined. Instead of flowers, please donate in Gail’s honor to the Arizona Animal Welfare League.