Brock was born Nov. 1, 1948, to Harold Scott and Ruth Ann (Scott) Phillips and was raised on the family farm homesteaded of 1827 by his great-great-grandfather. 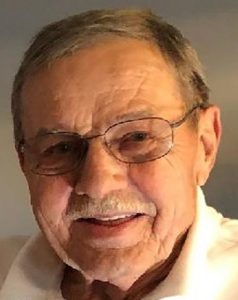 He was preceded in death by his parents, Harold and Ruth of the family farm; a sister, April Karen Langwell, Palmyra; and a brother-in-law, Paul Dean Rutledge, Springfield, Ill.

He joined and was a life-long member of Little Union Baptist Church in rural Palmyra. He held positions as everything from a worshipper of Jesus Christ and a Sunday School teacher, up to and including a deacon in the family church.

Brock was a family man, who loved his family and friends as well as Jesus. He was the first to offer prayer at meals and would have given anyone who needed it the shirt off his back.

Brock graduated from Palmyra High School in 1966 and attended the University of Missouri in Columbia, following his high school graduation. He then served his country in Vietnam from April 1969 to November 1970, completing one tour of duty for the country he loved.

When he returned home from the service, he joined his father, Harold, keeping up the family farm, Phillips Angus Farm, established in 1963. He was raising, showing and selling registered Black Angus cattle for many years. He also spent long hours in the field bringing in crops not only to sell, but to feed the beautiful herd of Black Angus cattle. One of his favorite and best accomplishments from his “roading cattle” days, was the birth and sale of Miss Pro ‘77 who won Reserve Calf Champion at a cattle show in Denver, Colo. in 1978.

Brock also was a professional photographer and took family pictures of many local families during his time as owner and partner of Phillips Entertainment.

Brock also worked at Gard Crop Services in the 1990s and built many life-long relationships there. He ran for and won the office of Western District commissioner from 1988-1992, until he accepted the offer of a full-time position carrying mail for the US Postal Service on a rural route in 1992, when he resigned his position on the commission.

He was employed full time for the United States Postal Service from 1992 until he retired in 2017. He made many friends who became family in his time working at the post office.

He and his wife, Cathy, thoroughly enjoyed watching and traveling to watch Nascar races any chance they got and also enjoyed evenings spent at the ballpark watching their grandsons play baseball.

Friends and family are invited to Brock’s life celebration at a visitation that will be held from 5 to 7 p.m., Wednesday, Dec. 21, at Lewis Brothers Funeral Chapel in Palmyra.