A beloved son, brother, uncle and grandson, Justin left his mark on this world before seeing his Heavenly Father on Wedneday. 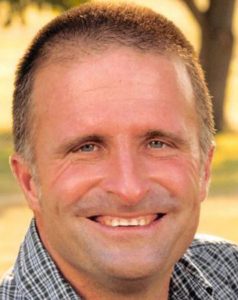 Justin graduated in 2000 from Timbo High School and soon after went to work for KFFB radio. There he drove his 1939 Ford truck to area town festivals and events, representing the radio station.

At age 16, Justin went to work for Noacon Construction Company, where he was known for being hard working and for being willing to do anything. He was also known for never giving up, seeing the job done to the very end.

Building long-lasting relationships was another one of Justin’s characteristics. The apple of his eye was his niece, Whitney. To Whitney, his name was simply “Uncle.” There was no special request he wouldn’t do for her, doing everything from playing games, to singing, to playing outside with her. Other beautiful relationships he built were with his two grandmothers, Marie Fletcher and Patricia Harlan. To them, Justin did no wrong, and to Justin, they did no wrong. Plus, Justin laughed at their jokes!

Justin showed his faith in Jesus in many ways, but especially through serving his church. He went on three mission trips, to Mexico, Honduras and Montana.

But Justin’s special gift was in the puppet ministry. There he brought to life more than 20 puppets, using different voices and giving each puppet its own unique personality. Children would laugh and smile and were brought closer to knowing the Lord. Kids were also drawn to Justin through other creative endeavors at church, like face painting.

Where Justin was, there were always children around. Justin had the innate ability to get down on a child’s level and play and joke around with them, laughter being heard by all.

When not working at Noacon or the church, Justin could be found displaying his talents in woodworking and drawing. He made many Christmas gifts, and you were blessed if you received one of them. Around the house, Justin’s artwork is displayed, showing his cartoons, his playfulness, and his creativity.

Food was never far from Justin’s thoughts, which you would never guess by his slim frame. He finished each night with a big bowl of ice cream.

Laughter from the basement could be heard each night Justin was home. He enjoyed watching television, movies, and cartoons, treating all those around to the joy he got out of these.

But that’s not only when Justin laughed. He listened to jokes, told jokes and stories, and just knew how to have a good time. Justin loved spending time with family. He was dependable and tender hearted.

Justin will be missed by all who know him. Whether it’s his parents, brother, sister-in-law, niece, grandparents, work buddies, church family, aunts, uncles, cousins, children or friends, Justin impacted every life he touched.

Justin is survived by his parents, Karen (Fletcher) Harlan and Wayne Harlan; brother, Brandon Harlan (and Anna); grandmothers, Marie (Lee) Fletcher and Patricia (Lyons) Harlan, Palmyra; beloved niece, Whitney Harlan; a bunch of cousins, many aunts and uncles, including Tom and Carol Lockett, Palmyra; and Connie and Tim Schroeder, Emerson; a caring work family and numerous friends of all sizes.

He was preceded in death by his two grandfathers, Elmer Fletcher and Maurice Harlan, as well as his aunt, Jeannie Fletcher.