The PHS girls golfers fell just short of qualifying for state as a team, but three individual members did punch their ticket to the event.

Mallory Subette, Mallory Comstock and Kylie Begley, placed high enough at the Class 1 District 1 tournament in Columbia last Monday, to compete at state Monday and Tuesday of this week. 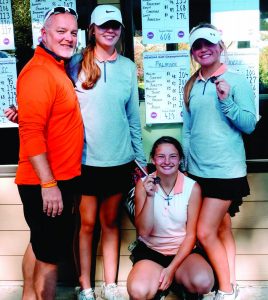 The girls played good in rough windy conditions,” said Coach Chris Parsons. “Comstock had a rough front but battled back in the back nine.

“Sublette was pretty comfortable from the first tee shot and rode that momentum.

“Begley has played great the last couple of weeks, so I’m very proud of her getting in to state. 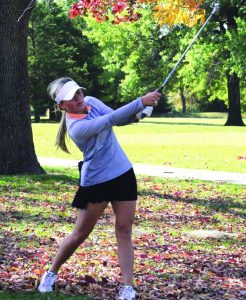 All three state qualifiers will be returning to play next season.

“Jawad missed the cut by one stroke so I really felt for her, but I know she will be back ready to go,” Parsons said. “Parsons had a couple of rough holes, but as a freshman it was nice to see her get out there and get that experience and really have a respectable round.

“We are excited to get the three to state this weekend and see what happens.”

The Class 1 State tournament was being played at the Paradise Point Golf Course in Smithville.