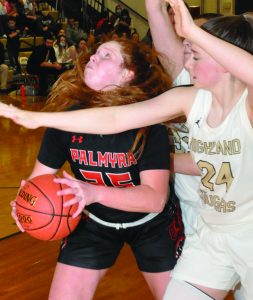 Palmyra’s Candra King looks for the basket against Highland.

The Lady Cougars out-scored Palmyra in each of the first three quarters. 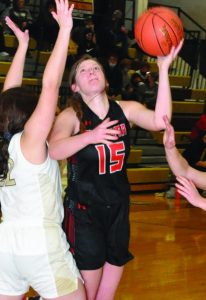 The Lady Panthers were to open Class 3, District 6 play at home Tuesday against Louisiana. However, results were not available in time for this issue.

A win would advance third-seeded Palmyra to the semifinals and take on second-seeded Elsberry.