The PHS girls cross country team won its home meet for the second year in a road Saturday. 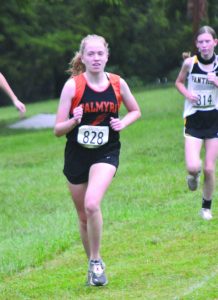 “Everyone did great,” said Coach Nicholas Koetters. “We’ve tried emphasizing running and working together and the girls did just that.  Our top five were all in the top 13 and they were only spaced out by 59 seconds which is amazing when you are trying to compete as a team at a high level.” 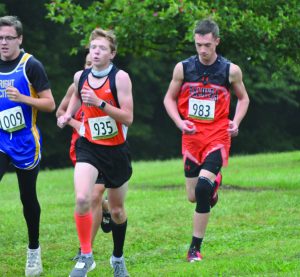 “Lauren Reid had a great race to lead us and I thought Lydia Szarka bounced back nicely from last weeks race,” Koetters said.

“The boys finished fourth as a team, and I was pleased with that going against some good teams,” Koetters said. “We are young, but those young kids are getting better each day.”

“Casey Hathaway did a great job of leading us again and ran a really smart race,”
Koetters said. “Last weekend he started too fast and died. This week he paced himself better and ran a good race and caught people as he went to finish in 10th place.”

Kirksville dominated with three runners finishing one, two and three.